Look at 4 Different Types of Meditation 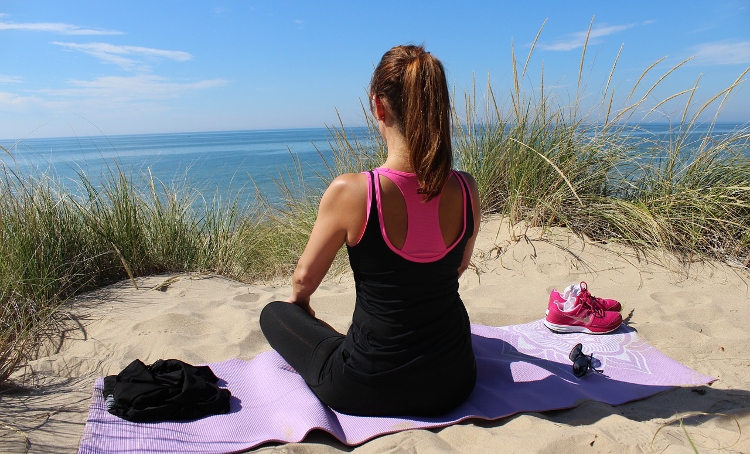 OK, so meditation brings several benefits to the table—that much you already know. Doctors, who were once skeptical of meditation’s health benefits, now wholeheartedly recommend it to their patients. However, what you might not know is that there are actually different types of meditation, each one unique in their own way, and each one perhaps best for certain people with specific needs.

Still, any kind of meditation is better than no meditation at all, it’s just that certain forms of meditation might appeal to you more than others. And in case you end up not like one type, it’s no big deal really. Just switch to another one until you find the right fit.

Here’s a look at some popular types of meditation.

Tracing its origins to Buddhist tradition, mindfulness is perhaps the most popular type of meditation known to practitioners in the west. This form of meditation focuses on being self-aware, that is, freeing your mind and allowing it to wander, accepting whatever thoughts you may encounter but never reacting, only observing. It’s a detachment from each thought running through your mind, rather than trying to control it.

In addition, mindfulness also touches on awareness of breath, but with no attempt to control its pattern. Again, this makes Vipassana a more observational instead of active form of yoga.

Zazen is a blanket term that refers to seated forms of meditation in Buddhism, but in the context of modern Zen, it basically refers to meditation done while ‘just sitting.’ This minimalist style of meditation normally requires long periods of quiet sitting, with hardly any instruction given—only that you sit with your back straight.

Like mindfulness meditation, Zazen requires no change to the breath—you don’t even need to pay any attention to it. But because practitioners aren’t given any sort of guidance, it can be difficult to get Zazen right. Still, if you’re willing to engage in a process of self-discovery, Zazen might be for you.

Qi Gong is an ancient style of meditation with Taoist origins, with an emphasis on using the breath to move energy through the body and its energy centers. Special focus is given to breath and the movement of chi or qi energy in a pattern known as ‘microcosmic orbit.’

Qi Gong also places importance on the body’s 3 major centers, as taught in Taoist meditation. There’s one in the belly, below the navel; another center of the chest; and third, at the center of the forehead.

TM is an offshoot of the Hindu meditative tradition of Vedanta, this time coming as a simplified form where you sit in a Lotus or half-Lotus pose, back straight. You are then required to repeat a sacred word, a mantra, as you breathe in and out.

The emphasis of TM is to rise above all that is worldly, even your body, using your breath to change your state of mind and spirit. Indeed, the aim of TM, at least in advanced levels, is to leave the body behind.

More in this category: « News for Women Seeking to Enhance Aging Skin Ways To Take Care Of Your Furniture »
back to top
› ‹
load more hold SHIFT key to load all load all