CBD oil for bacteria and superbacteria 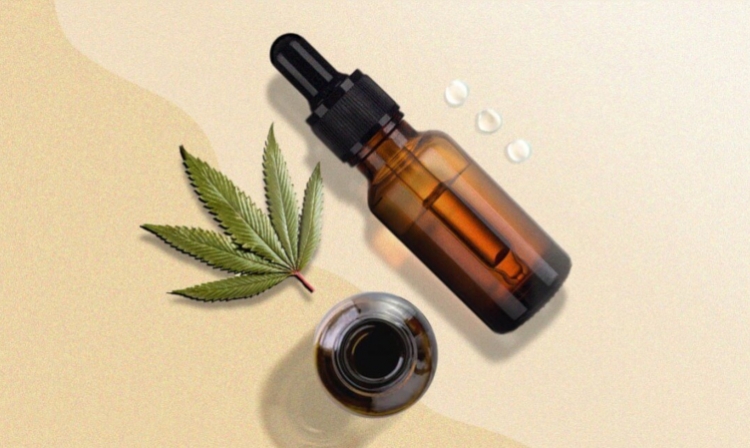 Nature provides man with everything he needs to live. It is also a source of natural chemical compounds capable of killing or supporting the fight against harmful microorganisms such as pathogenic bacteria.

A very promising plant-based chemical compound is cannabidiol (CBD). CBD is only one of more than 100 cannabinoids found in cannabis plants - natural chemical compounds with a very interesting, wide and still tested potential for positive and effective action.

In 2019, the annual conference of the American Society for Microbiology presented a research report indicating that CBD cannabidiol effectively fights gram-positive bacteria.

An early stage of tube testing carried out by Dr. Mark Blaskovich of the Institute of Molecular Biology of the Center for Superbacterial Research (Queensland University) in collaboration with Botanix Pharmaceuticals demonstrated the high effectiveness of CBD cannabideol on a wide range of skin problems and infections caused by gram-positive bacteria.

This research was funded by an Australian government grant.

CBD has also proved effective against bacteria showing resistance to traditional antibiotics. It also turned out that CBD does not lose its effectiveness with long-term antibacterial use.

CBD maintained its antibacterial effectiveness over a long period of time. Long after the bacteria produced resistance to such traditional antibiotics as vancomycin, methicillin and daptomycin.

Bacterial biofilm is such a difficult fortress in which bacteria protect themselves from the human body's immune system. Interestingly, in bacterial biofilm, different species and types of bacteria can be grouped. In such a spore form, resistant to treatment and antibiotics, the bacteria are waiting for an opportunity to decrease their resistance.

Taking into account the documented antibacterial properties of cannabidiol, the existing data on its safety profile and the variety of application methods, it can be concluded that it is a promising antibiotic compound worth further research. The combination of its antibacterial activity and its potential to reduce damage to the body caused by inflammatory infections is particularly interesting and very promising.

Which specific gram-positive bacteria are effective against CBD cannabdiol?

- blood-borne inflammation of the locomotive organs (bones and joints)

Internal infections caused by Staphyloccocus aureus are characterized by very high mortality rates up to 50%.

Lock-resistant and antibiotic-resistant bacteria are called super bacteria. The risk of spreading these dangerous microorganisms has been known since 2015 when the World Health Organisation (WHO) published a report on the subject (link can be found in the sources).

The above mentioned tube tests have shown that CBD is capable of killing numerous species of bacteria in a very specific and effective way. It kills not only the mentioned Streptococcus pneumonia and Staphylococcus aureus in their usual antibiotic-susceptible forms.

During the 20-day examination, none of the strains or types of these bacteria developed resistance to CBD.

CBD and bacteria - the mechanism of killing bacteria

How does the mechanism that makes CBD effectively deal with even drug-resistant bacteria work?

Interesting conclusions are drawn from a study by British researchers in 2019 on Escherichia Coli bacteria.

The bacteria spread and communicate through the membrane bubbles.

A healthy, unencumbered and efficient immune system itself can cope with the problem of bacterial proliferation and infection development. However, if there are not enough antibodies in the body and a so-called immunodeficiency appears, then antibiotics must come into action.

Antibiotics block the possibility of the release of "signals" by the bacterial membrane bubbles, preventing their multiplication and communication. However, if an antibiotic does not work as in the case of super-resistant bacteria, the problem becomes very serious and the invasion of bacteria in the body proceeds without any obstacles.

This study has shown that CBD increases the ability of antibiotics to block the membrane bubbles of bacteria that are also resistant to antibiotics. At the same time it makes the bacteria and super bacteria less resistant to drugs and antibodies of the human immune system. Brilliant!

What is important in the study on Escherichia Coli CBD has acted as a support to increase the power of antibiotics and the efficiency of the immune system itself by reducing the effectiveness of communication and the rate of bacterial proliferation.

This is a cbd blog so let me say:

CBD is a strong natural support for the immune system.

In the light of these findings, cannabidiol improves the performance of our own antibodies and pharmacological drugs, increasing the effectiveness of the entire immune system in fighting microorganisms and bacterial infections.

More advanced and peer-reviewed research is needed to make sure that these mechanisms work in the human body and how exactly. However, researchers are full of optimism and almost certain of the result - cannabidiol will be a weapon in the fight against even the strongest pathogenic bacteria.

More in this category: « Associations with Polish history SARMs Short Introduction »
back to top
› ‹
load more hold SHIFT key to load all load all