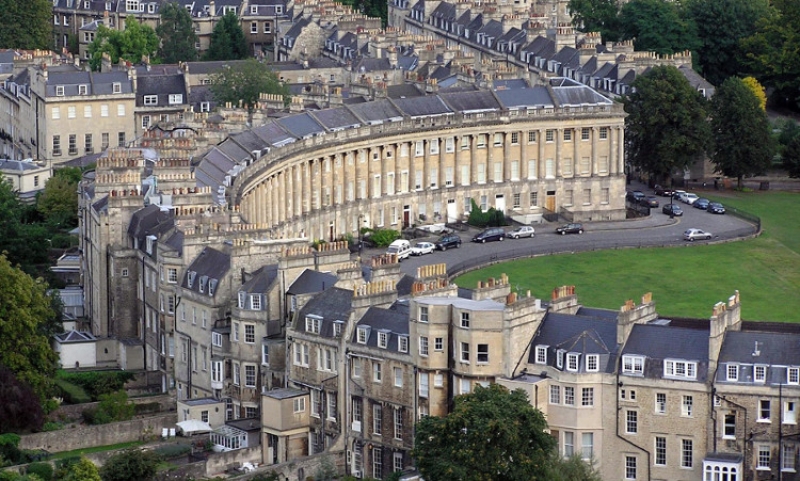 The city of Bath is one of the Britain’s most visited cities, primarily because of it’s World heritage status and roman baths fed by three hot springs. The water is believed to be a cure for many afflictions, and because the city is within travelling distance from London and Bristol it has become a very popular city with tourists from around the World.

Twenty-eight years after the last person bathed in Bath’s natural thermal waters, Thermae Bath Spa is now open for business. Located in the heart of Bath, a World Heritage City, this development has involved the restoration of five historic buildings, including the 18th century Hot and Cross baths and the construction of the New Royal Bath.

The most ‘eye-catching’ aspect of the new Spa is the open air, rooftop pool. Benefiting from the natural thermal waters, the pool can be used all year round - Bathers can enjoy a swim against the beautiful backdrop of the Bath skyline and distant rolling hills of Cotswold countryside.

So, if your thinking about a relaxing, romantic weekend, then Bath could quite possibly be your dream city, with fantastic luxury hotels, small romantic restaurants, and don’t forget to unwind in Britain’s only natural thermal spa.

More in this category: « World Acadian Congress to be hosted by New Brunswick, Quebec and Maine Lake District camping trip »
back to top