World Acadian Congress to be hosted by New Brunswick, Quebec and Maine 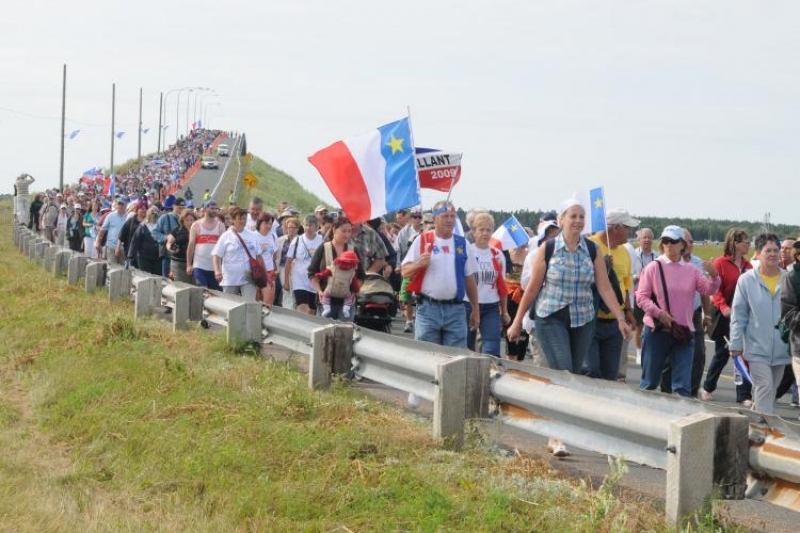 The 2014 World Acadian Congress will be hosted by northwestern New Brunswick, northern Aroostook County, Maine and the Témiscouata region of Québec. United by a shared history and family ties, this area— known as Acadia of the Lands and Forests—is a uniquely multicultural and international region that encompasses, unites and represents a vibrant cultural community.

The World Acadian Congress is a celebration of Acadian culture and history held every five years since 1994. Its mission is to bring together the Acadian diaspora from around the globe through a series of family reunions, conferences and events that occur over a two to three-week period.
It is an invitation to come together, share and celebrate Acadia of the world... a new Acadia!

In this area, originally settled by Acadians and French-Canadians, the question of identity is always evolving, adapting to the changing ties between Acadia, Québec and North America. One truth remains, however: the people of the region are blood brothers and sisters, naturally sharing their daily lives in “Acadia of the Lands and Forests”. They have become one vast and unique family, marked by the forces of nature, the vicissitudes of history and the singular resilience of those for whom the future holds no bounds, both literally and figuratively.
It is in this unique context that the people of these communities are getting involved to prepare this international event. At the heart of the story are more than 100 family names that will be celebrated at large family reunions.

More in this category: « Dream Dome Camping in the Kingston Peninsula Visit Bath & Britain's only natural thermal spa »
back to top
› ‹
load more hold SHIFT key to load all load all