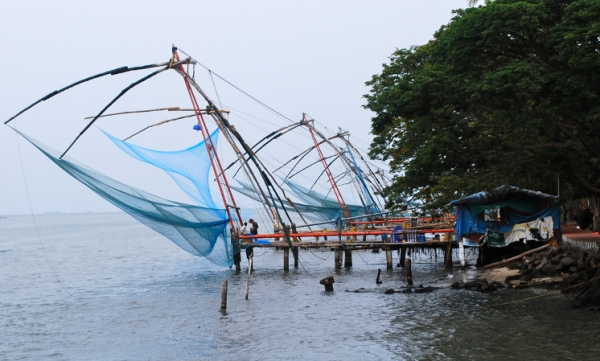 Accommodation in Kochi is one of the most prominent attribute of the city. If one is a luxury seeker then consider choosing one from the best 4 Star hotels in Kochi as your accommodation and best enjoy your holidays amidst of luxuries.

Replete with number of tourism attractions, Kochi, or Chocin, is one fine destination to spend the holidays amidst of fun, adventure, and solace. Historically, a major port city during the British colonial era, the city still continues and thrives as a major port city. The city has always been a powerful seat of commerce, therefore saw several settlements in the medieval era, including Portugal, Dutch, and English. This in turn, resulted in a culture rich city, with a culture that is a mix of several national and foreign national cultures.

Today, the city lies in the state of Kerala and is a major part of it. Also known as the financial capital of the encompassing state, the city today houses a bustling commercial port, its own airport, railway station, number of good hotels in Kochi, lounges, shopping complexes, and several traders. As far as the tourism of the city is considered, well, the city is straight-out one of the most popular tourist destinations in the country. Located in between the Western Ghats and the Arabian Sea, the city is one ideal place to spend holidays amidst of serene-magnificent nature. It houses some of the most beautiful beaches in the nation and several good hotels and restaurants near the beaches. After all, the city got featured in the National Geographic Traveller's '50 Greatest Places of a Lifetime'.

Other than the natural beauty and the scenic spots, the city is also an excellent opportunity for the history lovers and culture enthusiasts, to learn more about the nation's history and culture. The remnants of its previous foreign inhabitants still dot the city. Some of the places concerning the same, and are must-check in the city, are: Jew Street and Paradesi Synagogue, Bastion Bungalow, VOC Gate, Dutch Palace, Santacruz Basilica, St. Francis Church, Princess Street, Pierce Leslie Bungalow, and Indo-Portuguese Museum.

Arriving at Kochi is one simple affair. Apart from road, trains, and flights, the city can also be reached by sea-ways. There are several ships, yachts, and boats from cities like, Mumbai, Goa, Colombo, Lakshadweep, and Male. Besides, the high frequency of Mumbai to Kochi flight also makes it convenient to reach the city from Mumbai and its neighbouring cities.

Another genuine reason that makes one trip of Kochi memorable and content is that there exists an excellent array of hotels in Kochi, belonging to different ranges and types, from 1 to 5 Star hotels.

If you seek for a convenient stay and a hotel near the airport then the Flora Airport Hotel makes one fine choice. It is counted amongst the best 4 Star hotels in Kochi, and is a hot-favorite stay option among the visitors, probably because of its close proximity to the airport and also because it provides the absolute stay comforts and conveniences. Replete with all business as well as leisure related amenities, the hotel ensures that all guests get a content stay. The rooms are tastefully done, featuring a classy interior. Each room is spacious, complete with modern amenitiesHealth Fitness Articles, and is comfortable.