Understanding the Ancient Allure of Tuscany 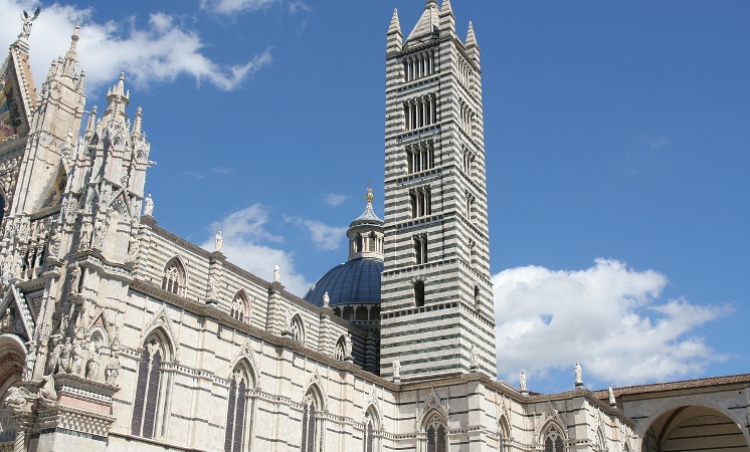 Holidays in the lovely villas in Tuscany draw people from all around the world. The allure of the region is unquestionable, but the secret lies in the past. Tuscany is one of those rare places where both natural and man-made beauty appear to echo from the same chord: the pristine rolling hills and painted rural sunsets perfectly match the beauty of ancient Romanesque churches and the exquisite high culture of Florence.

It is not surprising, then, that a holiday in one of the villas in Tuscany is the desire of so many, but what is surprising is that the region's allure actually owes so much to the past.

The end of a dark age

A short (or even long) stay in one of the villas in Tuscany is a perfect starting point to discover the secrets of the region. Whether nestled into the hillside or ensconced in one of the cities, a wealth of natural and urban beauty will surround you. The inherent aura of high culture with which the Tuscan region has become synonymous is not something born from modern culture, but draws its ambience from the decay of antiquity in Europe. The rise of the Florentine state, even during the so-called 'dark ages', meant it was perfectly placed to become the driving force behind the Renaissance. Its evolutionary zeal toward a new, heightened intellectual and culture force shook the world and shapes the oeuvre of the current region.

The path of ships

One of the reasons why villas in Tuscany have such a flavour of romantic and rustic decadence is that they are situated in locations that suit – like Florence, the capital of the Renaissance. While the glamour capitals of New York and Paris are modern travel hubs and ancient fashion meccas respectively, few places can match the Florentine heritage, which is steeped in the trade of fine things from all around the world. From ships that passed cargo through Genoan and Venetian states to Chinese, Arab, and Indian goods reaching a ultimate destination along the famous silk road, city is a treasure trove for the exotic and fashionable. While the nature of the elite may have changed with the demise of the Medicis, ever since the rise of modern internationalism during the Age of Enlightenment, Florence has presided over a love of aesthetics.

The birth of modern luxury

It would not have been hard for Florence to have gone the way of so many other cities whose star faded as empires rose and fell. But city has continued to be a beacon for culture, art and sophistication – from its fashion and art to its luxurious villas in Tuscany. With beautifully restored architecture and cultivated wine and cheese, to its harbouring of the rich and famous and obsession with fine artComputer Technology Articles, the Florentine region exudes a particular chic precisely because it has continued to adore high culture into the modern era.

More in this category: « An unforgettable Valentine's Day with WestJet Amazing Vietnam eco tours to Southwest bird sanctuaries »
back to top
› ‹
load more hold SHIFT key to load all load all