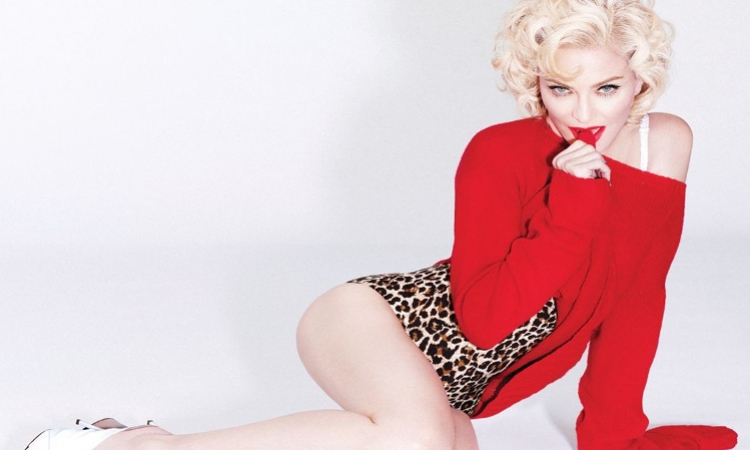 The list of Madonna concert dates for her highly anticipated 35-city 'Rebel Heart' Tour were officially announced today by Live Nation with the opening night scheduled for August 29 in Miami, Florida.

Additional performances to follow include New York, Los Angeles, Chicago, Philadelphia, Boston, Vancouver, Montreal and several other cities including San Juan, Puerto Rico. Following the North American leg of the 'Rebel Heart' Tour, Madonna will begin the UK/European series of dates on November 4 in Koln, Germany with stops in major cities including Barcelona, London, Paris and Glasgow amongst others. A complete list of tour dates follow this release. Tickets for the 'Rebel Heart' Tour go on sale starting Monday, March 9.  Additional tour dates for Asia and Australia are expected to be announced soon.  The Rebel Heart Tour is produced by Live Nation Global Touring.

"Madonna continues to be one of the most successful  touring artists in history – her shows are legendary and we are thrilled to have her going back on tour," Arthur Fogel, President - Global Touring and Chairman - Global Music.

The 'Rebel Heart' Tour follows the March 9 release of Madonna's Rebel Heart album on Interscope Records (Germany and Japan March 6;  Europe/UK March 9; North America March 10). Rave reviews for Madonna's 13th studio album include: The Sun (UK) "The Queen of Pop will reign again – Madonna is about to release her best album in 17 years and one of the greatest of her career."  New York Times:  "They won't experience the celebrity of Madonna the fashion statement but the Madonna who has kept us listening for decades:  Madonna the musician".

Following Madonna's stunning performance on the Grammys®, three songs from Rebel Heart topped the Global iTunes Chart.   The multi-Grammy® winner's s current single "Living For Love" is at No. 1 on the Billboard Dance Charts – her 44th time at the top spot.  Madonna also recently performed on The Brits in London and is scheduled to appear and perform on The Ellen DeGeneres Show in the US for the entire week of March 16.  Other global TV performances include France's Le Grand Journal on March 2, Italy's ITV on Sunday March 8, an interview on The Today Show on March 9 and 10 and a performance and interview on the Jonathan Ross ITV UK Special airing March 14.

Along with extraordinary critical acclaim as an artist, songwriter and producer, Madonna's reputation as one of the most successful live performers of all time speaks for itself. The 2008/2009 Sticky & Sweet tour is the highest grossing tour of all time for a solo artist and the 2012 MDNA tour was the most successful tour of that year.

Icon is Madonna's official fan club. Lifetime Legacy members of Icon will receive first access to tickets and VIP Packages starting March 3, 2015. Fans may purchase an "Icon Live Pass" today, which gives them access not only to ticket & VIP Package pre-sales, but also a free membership to Icon, the official Madonna fan club, access to a tour devoted forum and an exclusive tour gift. Fans who are already registered simply need to upgrade their account with the Icon Live Pass on Madonna.com.

More in this category: « Mohito Spring-Summer Collection 2015 Huron-Superior Students Boost Their Brain Power »
back to top
› ‹
load more hold SHIFT key to load all load all