How are CBD use and consumption regulated in Ireland and Europe? 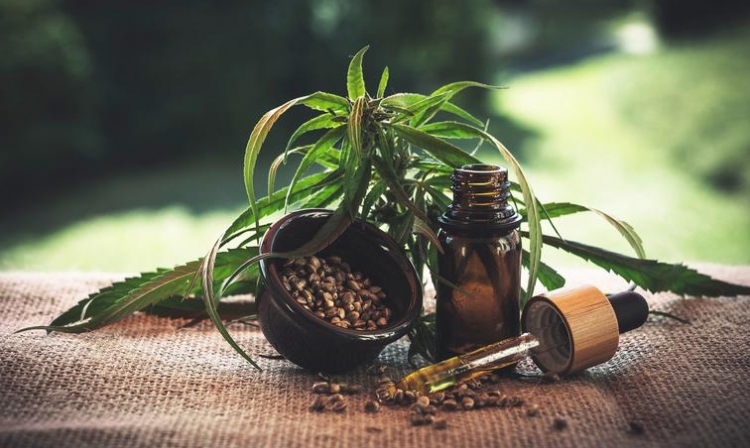 It's easy to say “cannabis”, perhaps too soon. Because the Indian hemp plant from which these substances are extracted is not a poisonous drug.

What does harm is only a part of this plant, many other characteristics are beneficial, and today we discover more and more about their use for medical purposes.

The ways to take CBD are diverse, from oils to vaporizers—you can learn more by visiting this page. But let's see now how to distinguish between toxic and hallucinogenic substances and harmless and beneficial ones., or between THC (tetrahydrocannabinol) and CBD (cannabidiol).

You can also learn about how CBD can help you sleep better by clicking here.

Why you shouldn't be afraid of CBD

The substance to be afraid of is tetrahydrocannabinol (THC). In particular, the delta-9 type. Despite having a very similar composition to CBD, THC of this type attacks nerve cells and produces hallucinogenic and psychoactive effects. In particular, if it is burned (in cigarettes for example) it releases substances that accelerate these toxic effects on the brain. This is why hemp becomes a “drug”.

Cannabidiol (CBD), on the other hand, binds to peripheral structures, in particular the immune system. It has beneficial actions, does not alter brain functions, and can also inhibit the negative effects of THC. The medical use of CBD has brought remarkable results in the treatment of anxiety, inflammation, spasms (including convulsions), fighting acute and chronic pains., for example from chemo. Among other things, CBD is showing interesting effects in the treatment of diseases such as Parkinson's and Alzheimer's.

So, you shouldn't be afraid of CBD. But to avoid it being exploited together with THC, specific regulations are needed. The problem arises at this point because, in Ireland, we are far behind in understanding certain changes. Our laws, often dictated by political ideologies rather than by practical logic, aim to classify all substances under a single label, sometimes wrong. The issue is that even when you notice the mistake, going back is complicated!

Irish and European regulations on CBD

The Irish regulations are still very confusing in this regard. Even if everywhere in the world CBD has been eliminated from the list of addictive substances, in Ireland there remains a doubt that has been nurtured since 2018. This confusion means that it is not illegal to use CBD in our country because nothing prohibits it, but its use is not regulated either, so it is not fully approved.

In 2021, the European Court of Justice launched a “revolution” by decreeing once and for all that CBD is not a dangerous substance, having no harmful effects on the psyche, and therefore should not be indicated as a “narcotic”. It comes from the same source as THC but does not have the same harmful effects on human health.

In Europe, therefore, CBD no longer appears on the “black table” of harmful substances and is used for full-scale medical purposes. Ireland should adapt quickly.

Furthermore, it cannot block products from other European countries, where cannabidiol is not prohibited. In Europe, the pro-CBD law has been fully implemented by Spain, Greece, the Netherlands, Germany, Sweden and Poland. Other states are already changing their regulations. It's Ireland? How long will it take?

Health Minister Simon Harris has announced the legalization of medical cannabis across the country. A project that serves as a trial for five years.

It was on June 26 through a press release that Ireland announced the legalization of cannabis for medical use throughout the country. This is an experiment that will last five years, thus facilitating access to cannabis-based products. This initiative is to the credit of the Minister of Health Simon Harris.

The law will only apply in three cases:

These restrictions have a specific purpose: to make these measures exceptional to test their necessity and impact. Prescriptions will be a "last resort", according to Simon Harris.

The legalization of medical cannabis was announced two years ago, before accelerated and became official in the last weeks of June 2022. These delays are explained by the difficulty in appointing suppliers of quality products. Indeed, the United Kingdom does not currently have a medically approved market.

Faced with a lack of experience and references in this area, the Ministry of Health has requested help from Denmark, a true European pioneer in the export of medical cannabis. Ireland has also moved closer to Canada, today the world leader.

Discussions have started with the German and Dutch markets, but Ireland does not rule out growing its own cannabis in the near future.

Despite these advances, however, the Minister asserted that the legalization of medical cannabis would not open the door to the decriminalization of cannabis for recreational use, a subject that has stirred debate since its introduction.

An association of doctors has expressed itself in this regard by publishing an open letter warning of the risks involved in any consumption of narcotics. Risks that should not be overlooked, especially among adolescents.

Waiting for the change

Pending the change, the people are in full confusion. They can buy CBD products online because they do not commit any crime, but they cannot open a physical store for these substances because they are not given permission. They can use cannabis derivatives to treat some chronic pain, but they can't say it openly because to many it seems like a violation of the law.

Yet, it would be enough to align with international regulations already tried, tested, and safe that prove the goodness of CBD with data in hand. A substance that could, contrary to popular belief, solve many health problems even with lower costs by the national system. The solution is to turn to professional and certified online stores such as Justbob.shop, one of the most popular in this sector.

Tweet
More in this category: « Where to watch which tennis tournament: TV and Livestream
back to top