IBM and Apple want to share how you are with others 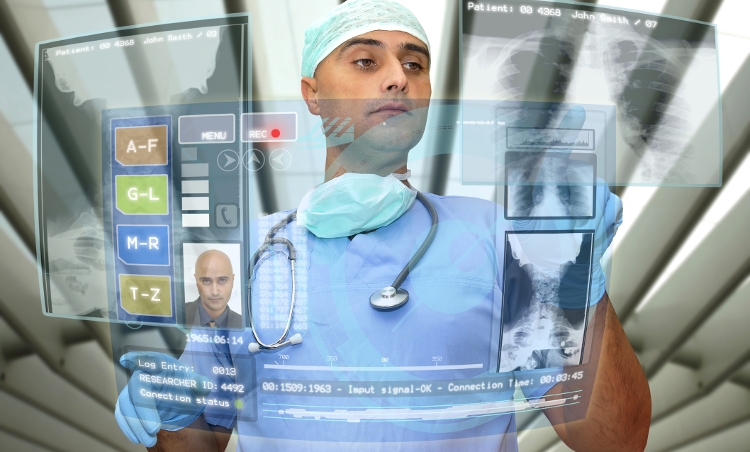 It could provide diagnoses or health alerts which could also be sent to doctors, carers, or insurers for example, with the user's permission.IBM has teamed up with Apple and wants to launch "new employee health and wellness management solutions".

The company says it is buying two firms to help with its goal: Explorys which has one of the largest healthcare databases in the world and Phytel that works with digital medical record systems to reduce hospital readmissions and automate communications.

IBM says it wants to provide "individualised insights and a more complete picture of the many factors that can affect people's health".

There has been concern over personal technology being used to help diagnose an individual's condition.In the US, some apps that claimed to diagnose cancer, for example, have been criticised by the Federal Trade Commission.

There is also concern over the sharing of health data. Companies including Jawbone are talking to firms about how personal fitness trackers could be used to monitor a workforce.

Data collected from fitness trackers is being used by employers, insurers, and health professionals. Christopher Coughlan, a UK solicitor who has written on the subject advises bosses considering such a move to be careful:

"If you rely on consent it must be freely given. This means a worker must be able to say 'no' without a penalty being imposed and must be able to withdraw consent once given.

"A person is more likely to be in this position at the recruitment stage than when they are employed."

Insurers are also interested in monitoring customers. UK health insurance firm Vitality is incentivising policy-holders to take up a more active lifestyle by offering rewards for certain tasks that can be tracked through personal fitness devices.

"It is always difficult to gauge how much exercise or calories a patient is describing and this is an accurate way to know. "On a larger scale... the data could provide evidence to back up or dispute well-known health claims such as how much sleep we need or which exercise is most effective."

That could be aided by Apple's announcement today that its ResearchKit software that helps gather health data from iPhones is now available to anyone. It's already been used to develop apps to study asthma, breast cancer, cardiovascular disease, diabetes and Parkinson's disease, says Apple.