Exploring Málaga’s Past Through Architecture and Monuments 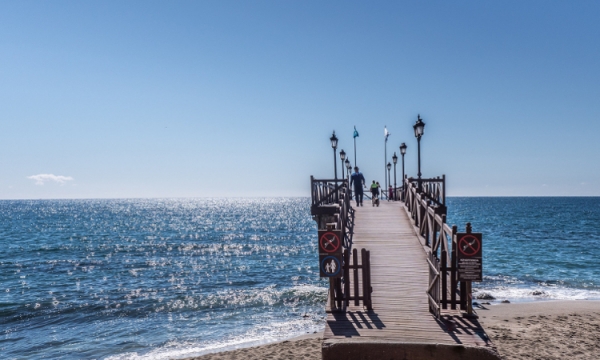 Take time between sunbathing and water sports, bars and clubbing, to explore Málaga’s stunning architecture and get a taste of the city’s past and culture.

While you’re enjoying your holiday, getting the perfect suntan and enjoying the nightlife, consider this – Málaga’s history goes back over 2,800 years, making this fast-paced modern city one of the oldest in the world.

Under the protection of the Roman Empire, Málaga grew into a prosperous and important city. Thanks to its large and busy port, Málaga became a dominant commercial crossroads. But as the Roman Empire faded away, so too did Málaga decline. It was only in the 18th century that it began to regain some of its former glory, eventually growing into the vibrant city that we know today.

If you take one of the taxis from Málaga airport and ask the driver to point out historical landmarks on the way to your hotel, be prepared for a full guided tour because they are justifiably proud of their city’s heritage.

In fact, using your journey by taxi from Málaga Airport to glean some information about the city is a good idea. Drivers are friendly and always willing to help. With their knowledge, you may discover sites you would have otherwise missed.

As you’d expect, there are many historical and architectural sites and monuments to choose from. Here’s just a sample to get you started.

This massive structure is a well-preserved palace and fort dating back to the start of the 11th century. Built on the site of an even older Roman fortification, Alcazaba means “citadel” in Arabic – and this has to be one of the best-preserved in Spain.

The palace/fort is built on a hill in the centre of the city, strategically overlooking the port. With its massive double-walled construction and hefty fortifications the Alcazaba is, according to military historians, a magnificent example of early fortification techniques and military planning.

This ancient monument is the oldest site in the city. Located at the foot of the Alcazaba citadel (which was built over part of this Roman structure), the theatre was constructed during the 1st century BC and saw use until the 3rd century AD. Then, similar to Málaga itself, it slowly declined, eventually fell into ruin, and was forgotten.

The theatre was rediscovered in 1951, sparking a massive archaeological excavation and reconstruction that finished in 2011. Drivers of taxis from Málaga airport will be happy to tell you story of this place and the huge effort made to restore it.

Teatro Romano is open to visitors throughout the year. Admission is free. During the summer months, plays, poetry readings, and other performances take place in the theatre. But be aware that the amphitheatre only seats around 250 people, so tickets to these events usually go fast.

Construction on Málaga Cathedral took over 200 years to complete – from 1528 until 1782. But, in fact, the cathedral is still unfinished, as the original design called for two towers and not the one we see today. Because of this, locals often refer to the building as “La Manquita” which means the "one-armed woman".

The cathedral has some remarkable wooden carvings, 40 in total, each one depicting a different saint. Next to the cathedral you’ll see the Iglesia del Sagrano church with its unusual square rather than rectangular floor plan.

Entry to the cathedral costs 5 euros, but the surrounding gardens are free and a nice place to relax in. For more information about Málaga’s sites, explore the Andalucia website or, of courseHealth Fitness Articles, ask the local tourism office for recommendations.

More in this category: « Farm holiday in Tuscany Benefits of riding bike as a sport »
back to top
› ‹
load more hold SHIFT key to load all load all