Paris, the capital of fashion, style, food and love 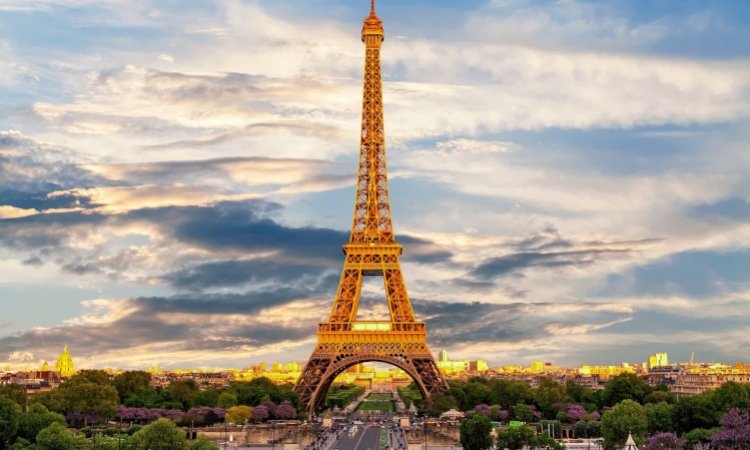 The capital of France is a globally recognizable symbol. Its rich cuisine, cafés and monuments attract millions of tourists. Each year, more and more Americans want to visit Paris and see its greatest attractions. France also attracts many investors as Europe is still one of the most important continents in the world.

you can book cheap flights to France to visit this beautiful country and discover the culture of Europe. Traveling to Europe has never been cheaper!

Discover the charm of the city of love!


Paris, the capital of France, is known as the city of love, and is a great destination for a romantic getaway. It is the perfect place to get engaged or to celebrate your anniversary. Paris also appeals to enthusiasts of history. Buildings such as the Notre-Dame Cathedral are a symbol of the long and rich history of the city and the region. When visiting Paris, you cannot miss its most iconic symbol – the Eiffel Tower. Many people are not aware that the Statue of Liberty was a gift from the French and one of its designers was Gustav Eiffel (the architect of the famous tower). Everyone has seen the Champs-Élysées as it frequently appears on television whenever France and Paris are in the news. As for the business side of the French capital, it is a city open to foreign investment. A trip to France may result in the conclusion of lucrative contracts that will boost your business. Americans are increasingly investing in the European market because our products are well received and popular there.


Going to Paris can be easier and faster than you think!

Many tourists worry that traveling to Europe involves a long and tiring trip which requires at least a few layovers. However, there are many direct flights from New York to Paris. your flight from New York to Paris will be fast, comfortable and convenient, and after just 8 hours you will be in the capital of love!

Do not hesitate and book your ticket to France today!