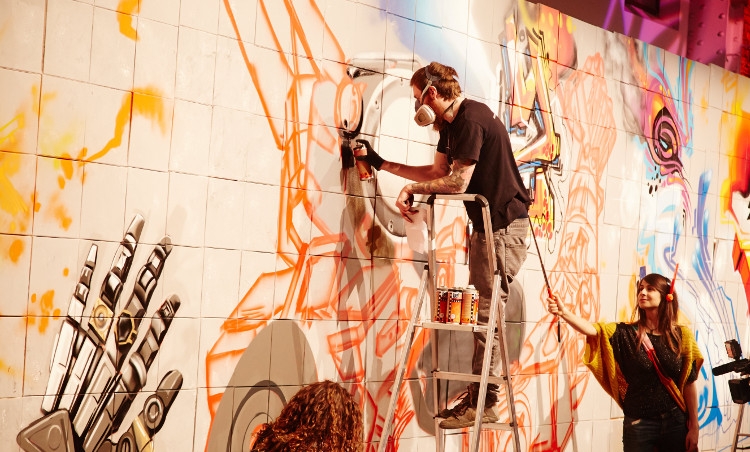 The robot that thinks and feels. Artificial intelligence, which fascinates and frightens at the same time. Many movies have touched on this subject. It’s an issue that has been frequently discussed. However, Chappie is different. But to what degree?

The uniqueness of the film starts with the campaign which promoted it - Sony Pictures chose 12 vloggers from all over Europe who took part in a graffiti tournament in London. The whole event was streamed live. Before the tournament, vloggers had the opportunity to meet with Neil Blomkamp and watch "Chappie" with him.

The director of "District 9" decided to create another moving film. This isn’t a simple story about any old robot. This is an extensive story which has no shortage of emotions and action. Its excellent composition makes it breathtaking. Especially because we can admire some great acting delivered by Sharlto Copley, who played the role of Chappie and is known for films such as "Maleficent", "Elysium" or "The A-Team". In addition to Copley we can also watch, among others, Hugh Jackman ("Wolverine", "Van Helsing", "X-Men") and Sigourney Weaver ("Alien 3", "Avatar”, “Vamps").

Is the movie really worth watching? Check it out in the cinema!

More in this category: « Should You Take Vitamins And Supplements? Learn to Recycle Your Fashion »
back to top
› ‹
load more hold SHIFT key to load all load all